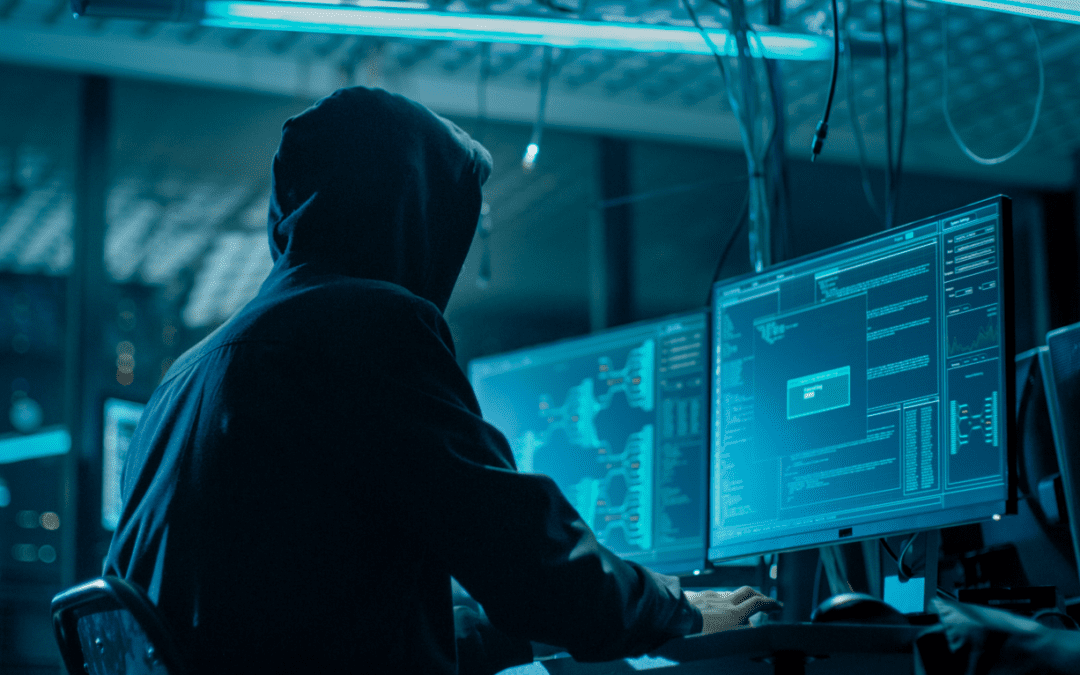 THE WORLD WE LIVE IN HAS BECOME LESS SAFE FOR DATA

Data security means protecting digital data, such as those in a database, from destructive forces and from the unwanted actions of unauthorized users, such as a cyberattack or a data breach.

Business data has always been at risk from the activities of criminals and fraudsters. It’s been routinely stolen from companies by disgruntled salespeople and unwittingly lost on trains and in cafes by workers that had a moment of forgetfulness. It’s becoming an ever-increasing risk in the digital age as people and businesses become ever more dependent on the use of data in their everyday lives.

Where Data Security Risks Come From

Today, the risk of data loss has never been greater. The perfect storm of data risk comes from four main areas:

Risks to data will generally fall into two categories – best articulated by Hanlon’s razor aphorism, ‘Don’t assume bad intentions over neglect and misunderstanding’ – where either:

In both cases, organizations have a vested interest to establish effective data security. This should include clear security governance protocols and ecosystems to master control over who can access data and to what end. Accountability for the design, implementation and operation of such a regime will normally fall to an individual charged with the Information Security role.

A recent survey of directors responsible for IT, resilience and business operations at major companies globally found that 73% said digital security was on the agenda of board meetings at least quarterly or more frequently.

The Scale of the Data Security Threat

Today’s businesses greatly rely on information, creating complex networks of connected technology, processes, people and organizations, spanning beyond national boundaries. Where people come into contact with this global digital ecosystem at work is the humble office workplace. That too is changing over time. New agile working practices emerge, reshaping the office and how people create, share, and consume information in the workplace and beyond. Securing data in this intricate environment is more challenging than ever before, and most businesses invest in sophisticated technologies such as robust firewalls, up-to-date anti-virus protection, security software and more. However, they often fail to recognize the need to extend that protection to their office printers, leaving themselves more vulnerable than they realize.

Ransomware is the fastest-growing cybercrime tool, with more than 6,000 online criminal marketplaces selling ransomware products and services, and ransomware-as-a-service gaining in popularity. Source: The report titled ‘The Economic Impact of Cybercrime: No Slowing Down’ – Strategic and International Studies (CSIS) and McAfee, February 2018

Humans – the weakest link in your security plan

In your workplace today, people are using and distributing information. People are arguably the weakest link in any given process chain because they’re emotional and unpredictable, while machines are not.

Machines have no ‘intent to cause mischief’, people do.

That statement places people in an incredibly negative light – but the reverse is also true: humans have the potential to make a positive contribution to security by spotting undesirable behaviors, understanding the impact of events and appreciating risks resulting from the context of data use; things that robots struggle to do. While the tech-industry consistently places its tooling at the center of initiatives to protect data, these mechanisms are unlikely to stand up to a prolonged and determined aggressor committed to accessing your data. This is particularly true of internal breaches, perpetrated by disgruntled or corrupt employees, contractors or visitors.

Technical controls represent only one form of information security control. There are also different forms of ‘human control’ that can be installed to govern, dictate and/or influence the role and influence of people in a secure ecosystem.

These articulate expectations placed on people and how they’re expected to access, share and use data. It’s surprising, for example, how rarely organizations provide guidance to new starters on employer policies surrounding information security.

There are many forms of data security breach but without exception, they start with a human making a decision to do something. These decisions are motivated by some sort of driver, the most common being:

Keep users happy and, so the argument goes, they’re less likely to want to steal your data in the first place. A recent report from IS Decisions found that the vast majority (86%) of IT professionals consider insider threats to be a purely cultural issue. If that’s true, then it makes sense to keep workers happy. Emotional controls remove the reasons why people choose to breach data security in the first place. An example of a ’emotional control’ is a regular mentoring and coaching meeting that ensures workers are engaged and equipped with the information and tools they need to discharge their role. Studies found that highly engaged employees are 87% less likely to leave their companies than their disengaged counterparts. They are also significantly less likely to walk out of the door with your data.

Another form of emotional control is to publicize audit procedures so people know that what they do is being monitored. The extent to which organizations can legitimately and legally monitor people will vary from one region to the next but it makes sense that individuals are less likely to steal your data if they know they’re more likely to get caught. Some organizations have taken the step to focus on this approach as their primary strategy to secure their data and rather than investing hugely in technology, state in HR policies and handbooks that robust auditing of data use exists.

Whatever your views on this approach, a policy decision commonly exists for Information Security practitioners to decide whether they want to:

The physical controls to managing people’s behaviors are the more obvious ones – like restricting access to files containing sensitive information. NETWORK SECURITY It’s hugely important to protect end-points essentially because they give aggressors access to networks. They are the point of interface between hardware and software, humans and machines. Ask most organizations how many end-points they support across their enterprise and they’d most likely struggle to answer. This lack of visibility towards the total extent of the challenge, further exacerbated by the proliferation of sensor-based devices and mobile computing devices, makes the securing of end-points one of the hottest topics in enterprise computing. Given that end-points are so commonly the point of access to data for humans, there will always be questions of trust surrounding the end-points. Do you offer people access to devices to get their jobs done, or do you prohibit access and make your enterprise safer whilst at the same time increasing levels of intrusiveness? With increasing numbers of connected devices and as their use within the workplace becomes normalized, the protection of this ‘black box’ becomes increasingly challenging. Should you prevent their use? Can you prevent their use? Securing your device and network infrastructure starts with understanding that the incumbent office environment is ‘safe’. Canon recommends organizations consider an information security health-check to review the status of information security threats.

Things You Can Do To Protect Data

Install controls to permit only authorized access to the network. Aspects to consider include:

Access Control This is the selective restriction of access to a place or other resource (i.e. consuming, entering or using). Knowing who is (and can access) premises, networks and end-point devices, and privileges they hold is a key aspect of security governance.

Encanvas is an enterprise software company that specializes in helping businesses to create above and beyond customer experiences.

From Low Code to Codeless

Better than code-lite and low-code, we created the first no code (codeless) enteprise application platform to release creative minds from the torture of having to code or script applications.

Use Encanvas in your software development lifecycle to remove the barrier between IT and the business. Coding and scripting is the biggest reason why software development has been traditionally unpredictable, costly and unable to produce best-fit software results. Encanvas uniquely automates coding and scripting. Our live wireframing approach means that business analysts can create the apps you need in workshops, working across the desk with users and stakeholders.

When it comes to creating apps to create a data culture and orchestrate your business model, there’s no simpler way to instal and operate your enterprise software platform than AppFabric. Every application you create on AppFabric adds yet more data to your single-version-of-the-truth data insights. That’s because, we’ve designed AppFabric to create awesome enterprise apps that use a common data management substrate, so you can architect and implement an enterprise master data management plan.

Encanvas supplies a private-cloud Customer Data Platform that equips businesses with the means to harvest their customer and commercial data from all sources, cleanse and organize it, and provide tooling to leverage its fullest value in a secure, regulated way. We provide a retrofittable solution that bridges across existing data repositories and cleanses and organizes data to present a useful data source. Then it goes on to make data available 24×7 in a regulated way to authorized internal stakeholders and third parties to ensure adherence to data protection and FCA regulatory standards.

Encanvas Secure and Live (‘Secure&Live’) is a High-Productivity application Platform-as-a-Service. It’s an enterprise applications software platform that equips businesses with the tools they need to design, deploy applications at low cost. It achieves this by removing coding and scripting tasks and the overheads of programming applications. Unlike its rivals, Encanvas Secure&Live is completely codeless (not just Low-Code), so it removes the barriers between IT and the business. Today, you just need to know that it’s the fastest (and safest) way to design, deploy and operate enterprise applications.

Ian Tomlin is a management consultant and strategist specializing in helping organizational leadership teams to grow by telling their story, designing and orchestrating their business models, and making conversation with customers and communities. He serves on the management team of Encanvas and works as a virtual CMO and board adviser for tech companies in Europe, America and Canada. He can be contacted via his LinkedIn profile or follow him on Twitter.